Welcome to Even Insight, this time we are here with another review of a direct selling company Nu Skin, which suffered several allegations to be a Pyramid scheme.

Nu Skin is an MLM company that tends to produce and sell personal care products and dietary supplements. All the products are sold under Nu Skin and Pharmanex brands.

Nu Skin was founded in 1984 whereas the domain nuskin.com was registered on 19 September 1996 and as per Alexa statistics, the site receives its maximum traffic from Belgium, the United States and Mexico.

Nu Skin is headquartered in Provo, Utah, the United States and the company serves people worldwide.

What is Nu Skin?

Nu Skin was originally launched in the United States and made its first foreign trade in Canada.

Nu Skin claims to achieve its social responsibility through “Nourish for Children” and “Force for Good” campaigns.

When this post was written, the company claimed to have 4900 active employees and 1.2 million independent distributors, net assets of US$1.69 billion with a net income of US$121.89 million.

Any person can join Nu Skin by registering on the official site.

The working on the site begins by building Consumer Network and Distributor Network.

Once created a network, the distributor can start earning profits, commissions and bonuses after meeting the requirements.

As per the company norms, a distributor needs to pay nothing at the time of joining but also it must be understood that the network can’t be built without purchase.

Nu Skin claims to bring beauty products with a science plus nature combination.

There are also Fast Start Product Packages that help the distributors and retailers to earn Fast Start Payment if they sell any of the packages.

While people have mixed reviews after using Nu Skin products.

Products pricing varies country-wise, so for better understanding consumers should compare the quality and price of Nu Skin’s products to the retail market.

There are mainly two types of earnings in Nu Skin Compensation Plan: Retail Profits and Other Commissions.

The distributors purchase company products at a substantial discount and sell those at retail prices.

The difference between the retail price and the discounted price is retail profit.

The company provides suggested retail prices to distributors but they are also allowed to decide their own prices.

The Nu Skin distributors earn up to 30% commissions from their sales and downlines. Types of commissions can be listed as:

Here PSV stands for the Personal Sales Volume i.e. monthly points of the total purchase made by a distributor.

Whereas GSV stands for Group Sales Volume which is simply the total PSV of the downline.

It is basically calculated as 5% of the purchase made by direct downline. It is mainly known as Level1 (L1) Bonus.

Also, it is necessary to have at least five distinct sales and 100 PSV (Personal Sales Volume) to be eligible to receive the L1 Bonus.

The distributor can become an Executive Leader by following three months qualification requirements.

Apart from this, the distributor gets the opportunity to receive a Blue Diamond Business Builder Position (BBP) if they become Blue Diamond Executives.

The BBP can be established for the Blue Diamond Executive if they maintain a minimum of 12 frontlines (G1) Executives for two consecutive months.

The BBP tends to receive up to 5% additional commission on every new joining in the downline.

Checkout: Why 99% People Fail in MLM?

Overall we can say Nu Skin is a legitimate MLM company that promotes cosmetic and personal care products. It compensates distributors when they make retail sales and downline product purchases.

But the journey of Nu Skin is not that easy.

Not limited to the USA, China is the biggest market for Nu Skin, and they also faced serious allegations in the year 2014 to 2016.

The Chinese government started investigating Nu Skin in 2014 as they suspected it to be a Pyramid scheme.

There is also a case exposing, Nu Skin bribing the top Chinese officials which made Nu Skin pay a $765,688 fine to settle the case.

Even after endless controversies, Nu Skin has a decent market share in the direct selling industry. Individuals should research at the ground level before becoming part of any network marketing company.

Checkout: Why Crypto MLM are Scam? 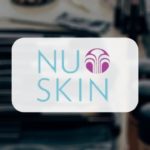