In this post, we will examine iHub Global, a company that promotes the Helium project and sells Helium Hotspot devices to miners through an affiliate program.

There is a lot to understand regarding iHub Global, Compensation Plan, and lastly a quick check to know whether it is legit or not.

At the end of the post, we will also share our personal reviews regarding iHub Global and discuss whether it is worthy to join or not.

What is Helium (HNT)?

Before understanding iHub, it is important to learn about the Helium project.

Helium was founded in 2013 by Shawn Fanning, Amir Haleem and Sean Carey, operating from Florida, USA.

The main aim of Helium is to create a global hotspot network (much the same as an internet hotspot) to connect IoT devices. IoT (Internet of Things) devices include smart bikes, tracking devices, smart home gadgets and other devices which can connect to the internet to exchange data.

Every Helium Hotspot Miner device is connected to the global network and hotspot device owners get rewards for mining.

HNT (Helium Token) is a cryptocurrency based on Helium blockchain technology, miners primarily get their rewards in HNT.

Helium wants to create a global network and ecosystem via its different platforms.

iHub Global is started in early 2021. Rick Cotton is the founder and CEO of iHub Global along with Chuck Hanson being the co-founder as well as VP of Marketing.

iHub Global claims to be a vehicle that allows people to join the network of Helium.

All one needs to do is set up the Helium hotspot and receive rewards in form of an HNT Token.

The Helium devices focus on deploying LoRaWAN i.e. Long Range Wide Area wireless networks that can connect to devices up to 5 miles away.

Nebra, Bobcat, Calchip, and Rak are other few companies listed on the site that manufactures and sells Helium Hotspot devices.

Please don’t get confused between Helium and iHub Global. Helium has nothing to do with iHub, but iHub operates its compensation plan on the Helium project

As and when Affiliates join the iHub Global and install new Helium devices with iHub, they earn rewards.

It is seen that iHub Global keeps 50% of the profit on sales of Helium devices and give the remaining 50% as bonuses or rewards to the affiliates.

iHub also claims to support a non-profit organization namely VivaKids that works for underprivileged children. It claims to donate 1% of the total earnings to support the NGO.

Joining iHub Global is free, but affiliates have to set up their Helium Hotspot via iHub Global.

If an affiliate wishes to lock the hotspot, there are two options available: Lock with lease or Lock with Deposit.

At such a point, they need to pay $99 as an Application Fee, shipping cost can be $50 or above for most places.

When members host hotspots, they become eligible for earning 25% out of the overall mining earnings. The remaining is kept by iHub Global and distributed among affiliates.

To start earning with iHub Global, it is crucial to build a personally recruited downline. There are mainly 4 types of teams: Pro, Bronze, Silver, and Gold. The size of the team decides the percentage of commission.

Now there are different ways of earning with iHub Global such as Referral Rewards, Coded Bonus, Pro Network Bonus.

20% is paid as Referral Rewards for every hotspot developed by an Affiliate.

The Coded Bonus is similar to the residual commissions. It is earned as a percentage of HNT that is mined by the teams in the Affiliate’s downline. Depending on the type of team, the percentage of the bonus differs.

It is paid as the percentage of HNT first five people.

Hope the above explanation helped you to understand the Helium hotspot project and iHub Global affiliate program.

Although it seems a lucrative opportunity and futuristic project. But there is risk and uncertainty for the time and money we invest in it.

There are separate arguments on Helium Project and iHub Global.

iHub Global totally relies on Helium. The commission is mainly rewarded in HNT and as cryptocurrency, its price is highly volatile, so the gathered commission value changes every second.

When this post is written the HNT ranks 44 as per the stats of CoinMarketCap, the future is unpredictable.

Personally, I get fascinated with such projects as Helium Hotspot to bring all IoT devices to one table. But practically Helium has major challenges to face.

The internet is free, so building people’s network on the internet is an easy and better option, instead of installing routers in every corner of the world and using hotspots.

Hotspot Minning Devices required continuous electricity and internet connection to operate, which is a major challenge to cope with.

Personally I feel, doing mining and earning HNT as the reward is the best use of Hotspot devices. While Mining devices are specifically for Helium mining and its hotspot project, if this project fails all your invested amount on hardware will waste as we can’t mine other cryptocurrencies with it.

iHub Global is not a network marketing opportunity as no income from the multi-level downline is involved. iHub Global is more like an affiliate marketing program where deploying host will provide referral commission. More personal referral leads to higher commissions.

But Why iHub Global?

Now a question arises, if Helium itself provides the opportunity to install a Hotspot device and earn HNT, then why one will join iHub Global.

Device price starts from $350 and individuals have the option to choose different manufacturers and models while joining with iHub have some limitations.

Even though affiliates have to pay a $99 application fee.

iHub only provides 25% of the total mining reward and reserves a major commission percentage for the referral bonuses.

iHub Global change its compensation structure as per their convenience. So why a serious miner will allow an intermediate to control their mining earnings.

The only advantage of iHub Global is the referral reward. Introducing the Helium project and installing a hotspot will provide commission for a lifetime which is not possible on joining Helium directly.

Referring up to 10 to 20 hotspot devices can provide decent passive income.

But is it worth convincing everyone to pay $99 extra?

iHub will have control over you and your enrolled affiliates’ mining earnings. iHub Global can change compensation structure anytime, which will affect your earnings extensively. While the intermediate also put some limitations.

The final decision is in your hand. 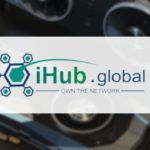