This post is all about an unbiased review of “Be” that promotes itself with eye-catching quotes “We empower people to be confident, free, unique, connected, curious, and better.”

Here we will go through Berules compensation plan and service subscription and last our personal opinion on it, where I will answer, is Berules a pyramid scheme fraud?

Be (Berules.com) is an MLM company that upfronts itself as an ecosystem combining various beneficial apps such as Quest, Quantum, Mind hub, Shift, Oracle, Wow, Sense, Latent Pay, iRide and Trivia.

BeRules.com is established in late 2020, before that it is operated as BeFactor.com

Moyn Islam is the President and CEO of Berules, along with Monir Islam and Ehsaan Islam as the co-founders.

It is supposed to be rooted similarly to Melius (another MLM company) which was headed by Islam Brothers behind the name of the founder Jeremy Prasetyo.

Many of these services trace back to the Melius site which is now closed and no longer reachable.

Islam brothers are well known for scamming people through their money circulation schemes. One of such is OneCoin whose promoters were the Islam brothers.

OneCoin is one of the biggest crypto-MLM scams in history. It was considered a £3 Billion global fraud by Mirror.co.uk.

On the official website, the company claims to be working with good heads such as Marriot Vacation Club, Celebrity X Cruises, Amazon, Avis, British Airways and Carnival. However, it is not disclosed how these companies and Be are connected.

Berules provide trading signals to its affiliates under its subscriptions pack.

According to Be’s compensation plan, the joining fee is around $45, which may vary according to different countries. None of the further information is given regarding the documents or details to be provided.

Be affiliates are known as IBI – Independent Brand Influencer.

Be ecosystem services are similar to that present in Melius. They can be understood as follows:

There are no retainable products instead, Be has subscriptions that are to be sold. Any new customer wishing to be the affiliate needs to compulsorily purchase any one of the below 3 subscription plans.

There are mainly 3 three types of subscription options as follows:

This subscription gives access to the trading app, learning resources and Sense – a streaming platform.

This subscription is a combination of Live and Learn. It is also available in three options:

There are 7 types of incomes included in Be’s compensation plan.

It is a quick bonus paid for the retail sales as well as recruitment. There are two options depending on the type of subscription selected.

When the affiliate having an active paid subscription enrolls 2 paid customers in the same month, their renewal fee is made free for the specific month.

Team Weekly Bonus is paid to the active affiliates who hold the minimum paid-as rank of Consultant within a 4-week commission period.

Depending on the rank of the Affiliate, the Team Weekly Bonus is fixed as shown below.

The Star ranked Affiliate earns the predefined residual commission when their 2 active direct customers pay the monthly renewal of subscriptions.

It is paid as 10% of the Team Bonus Earnings when the below requirements are fulfilled by affiliates.

The Unilevel Matching Bonus is paid as 10% of Team Earnings but at the same time is capped at a certain amount based on the affiliate rank as given below.

It is paid up to 4 generations and to the Affiliates having Emerald rank and above. The percentage of the amount to be paid as a bonus is predefined as given below.

It is the predefined amount paid to the Affiliates holding Diamonds or above ranks.

Berules’ MLM business model appears simple and fascinating as it only includes purchasing subscriptions, using services and selling the same to new customers.

But things are not nice as seem and the Islam brothers are always doubted for their work. With that, there are a few facts to understand before participating in it.

Islam Brothers came to light when they were the active promoters of OneCoin, one of the biggest global frauds. They later moved to the business of wearable technologies such as wristwatches, and smart bands through a company named Helo. It suddenly vanished and showed no update.

In their next fraud; Melius they explained their focus on selling software for currency training which was nothing but a money circulation scheme.

After the collapse of Melius, they immediately started Befactor and Berules subsequently.

Services provided by Be include the rideshare application, payment cards, chatbot, educational platform and many such whose existence itself is in doubt.

Who holds the service companies, how the services are provided, what are the actual costs of such services and many more questions are kept unanswered by Be.

Most services provide through Be Subscription are freely available by different market leaders, then why someone will choose Be?

Maybe people who only want commissions on selling these subscriptions whose actual worth is nothing. But also not all such people succeed due to the low MLM success rate.

The Be official website includes the details of the ecosystem as well as the different types of subscription plans that need to be purchased and sold further to earn a commission.

Islam Brothers have switched to multiple platforms and still, they are not able to clarify their objective.

Is Be a Pyramid scheme?

Berules has no retail products to earn a commission, also the services provided are probably of no use.

Existing affiliates earn commissions by selling the subscription plans to new customers and this chain goes on and on. They lure affiliates to bring in more people to earn more, which is a huge red flag revealing Berules is a pyramid scheme.

2 for Free bonus enforce distributors to bring two new affiliates and sell useless subscriptions, this is how Be Pyramid Scheme operates.

The founders of such companies usually try to shut down and escape as soon as fair numbers of people join the company and purchase subscription plans. Islam Brothers have already earned a lot and many people going to lose their hard-earned money to such fraud. 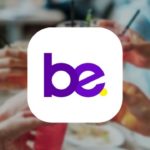